2021-01-30
I had two jersey fabrics of the same kind, white and dark-blue and I actually liked the color combination and wanted to make a two-tone hoodie. I already used the bigger portion of the dark-blue fabric for this sweatshirt dress, but there was still just enough of it left for this pattern. 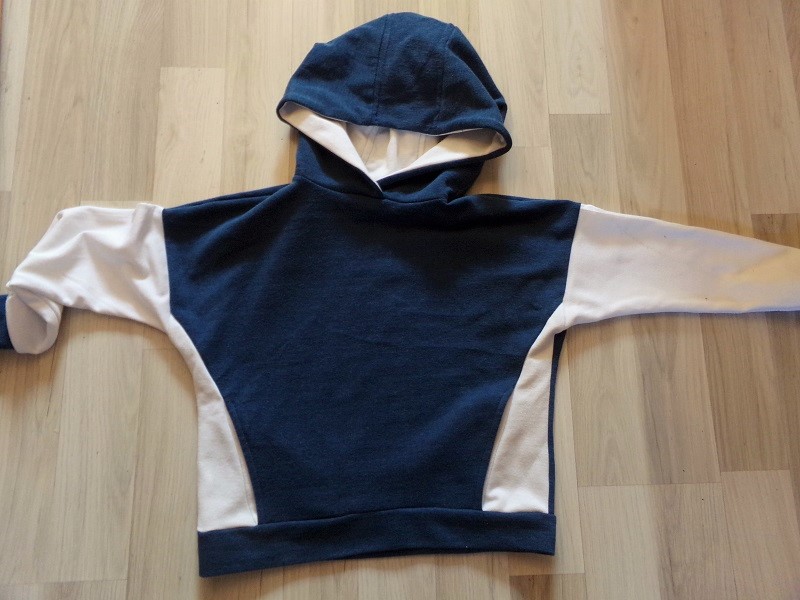 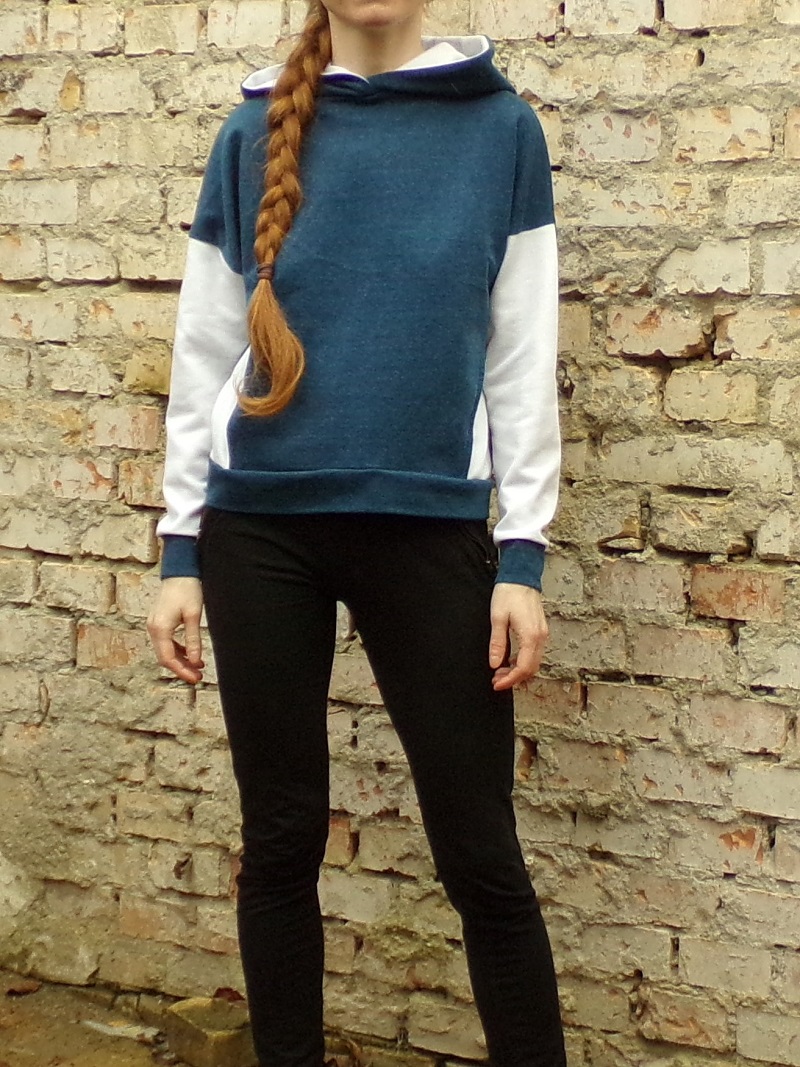 I made the pattern based on one of my old hoodies and modified it to my liking. I also used the hood pattern from the Burda dress that served me as a template for the dark-blue dress (because unlike the dress, the hood pattern is great). The hood is a bit bigger than usual and it is more structured than typical sweatshirt hoods and I absolutely love it! 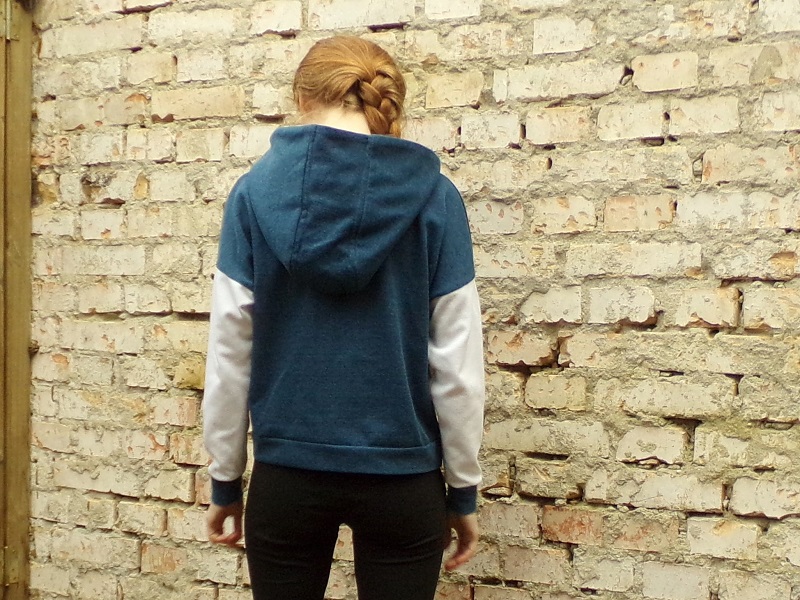 I joined all the seams with an overlocker and did only some necessary top-stitching with a strait stitch sewing machine. This is how the inside looks like: 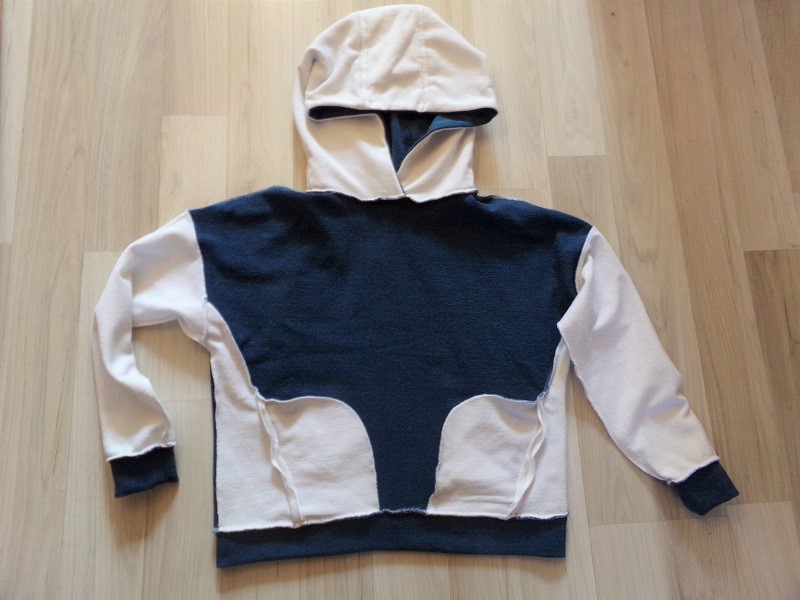 I attached the hood with the overlocking stitch too and while it’s not the prettiest solution, it’s a fairly simple one. The seam usually stays on the inside of the neckline and doesn’t show so I can’t be bothered by it any more then that. 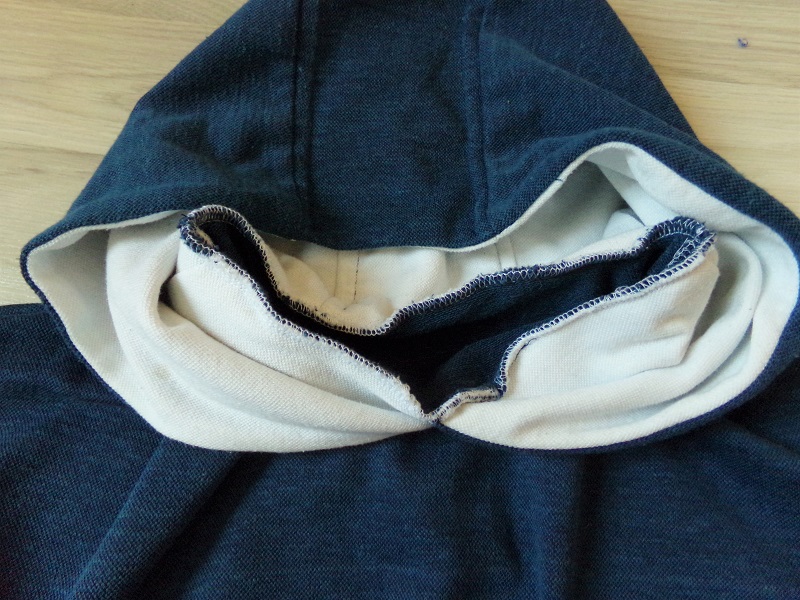 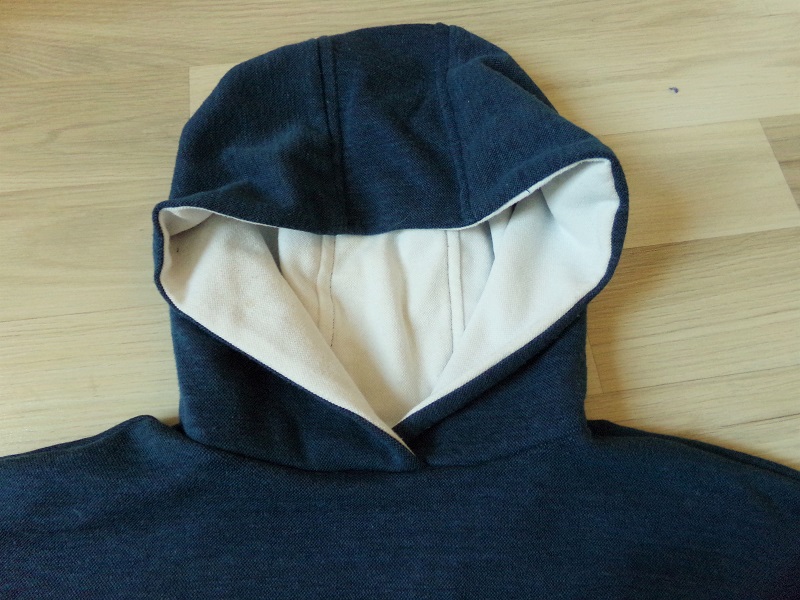 There is an unnecessary seam right here. I realized only later that the pocket and the front side could have been in one piece. 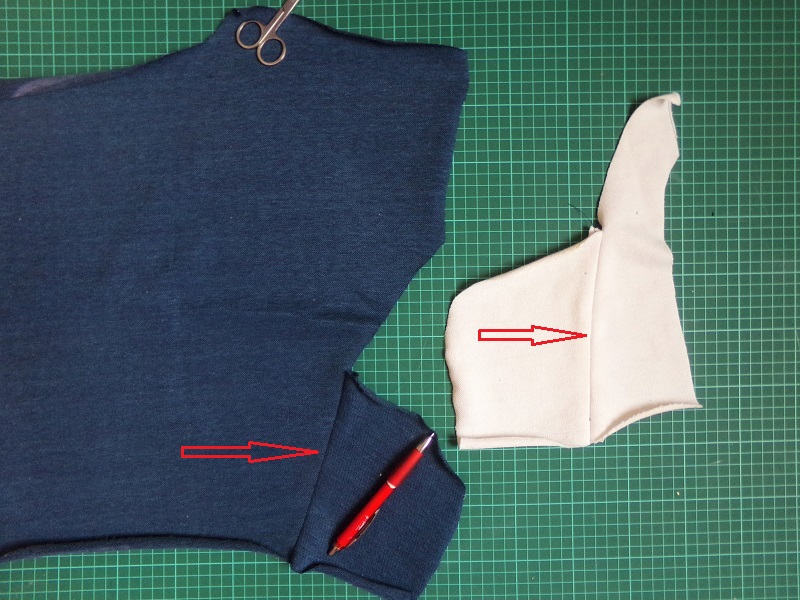 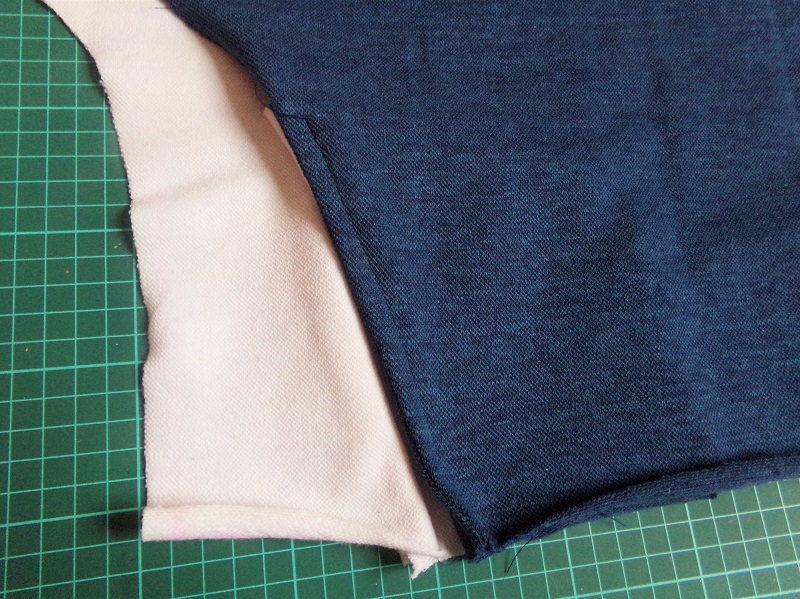 For the cuffs and hemline I used the same material even though it’s not terribly stretchy. But since the cuffs and hem are a part of the two-color design and I have no difficulties putting the thing on, I see no issue with that.

There was still just enough of the white jersey left to make another hooded pullover, using the same pattern. I didn’t have enough to make the pockets though and skipped the front side seam as well. And I made only a “simple” material-saving hood (but it still has a lining – I don’t acknowledge hoods without lining). I assembled this sweatshirt in a similar fashion to the first one. 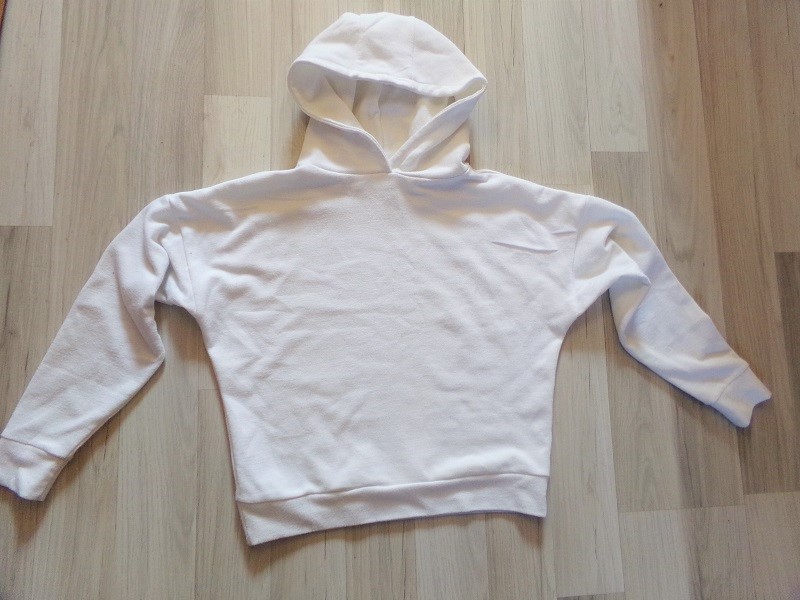 I like the hoodies and I enjoyed making them, since it was such a straightforward and uncomplicated project. I think I will be wearing them more like a long-sleeved shirts, that means the first layer. 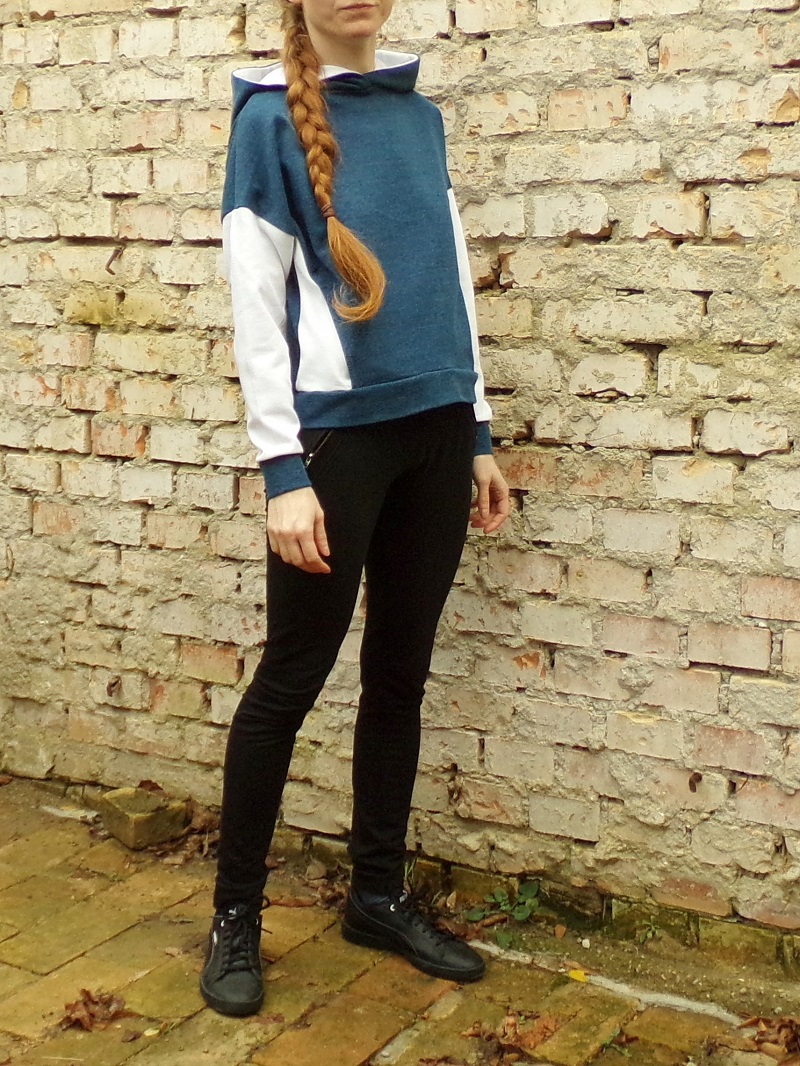 I still have one more jersey fabric like this in barbie pink and I really don’t know what to do out of it!