But anyway, this is what I did: I raised the waist in lengthening the rise, moving the crotch farther down on the pant’s leg. This works well if the leg is wide enough on your thigh. 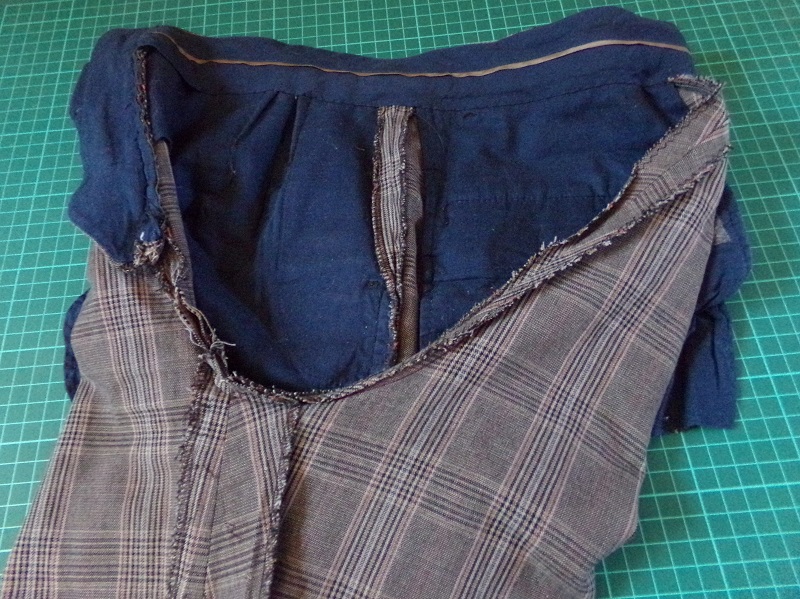 To make the waist slimmer, I took in the waistband, creating a seam in the middle of the back. For this I generally rip out only as little of the waistband as possible and I take special care to leave the bits around the buttonhole and fly attached, since it would be complicated to sew them on again. 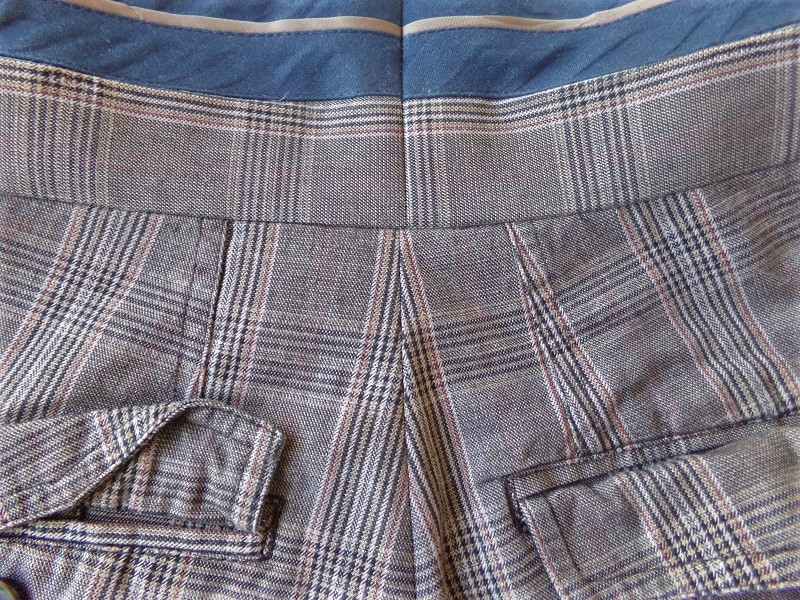 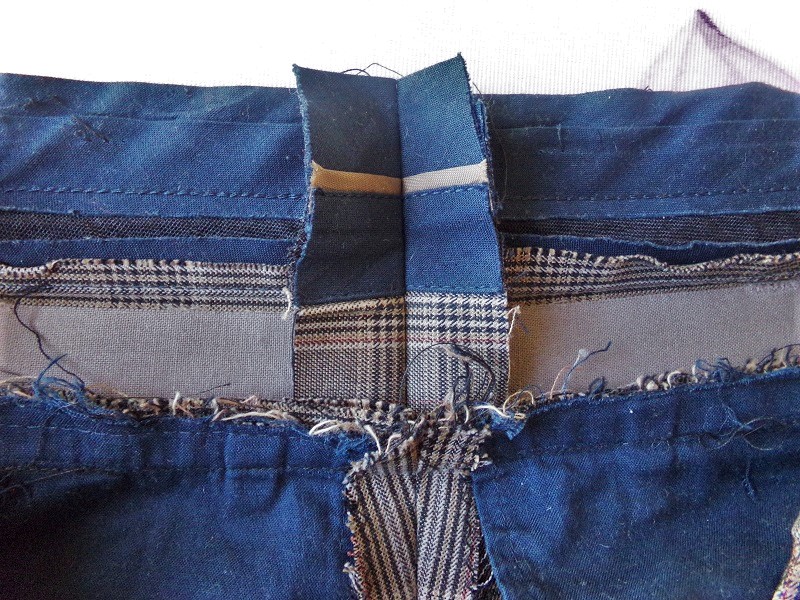 You can see that I also took in the back seam, cutting away the access and serging the edges. There are pockets in the front, so not much chance taking in the side seams. I created two small pleats in the front to achieve some reduction, although it is far from ideal. With the pocket lining, there are multiple layers of fabric and the pleats are bulky. 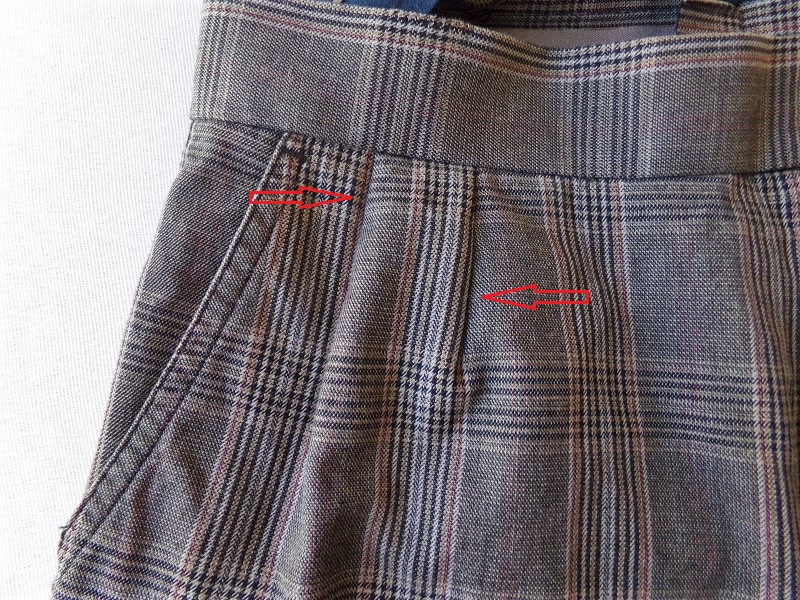 What more, the pleats run through the pockets, limiting the access. If you are asking, why the hell would I do that, the answer is because it was the easiest and most straightforward thing to do. The pockets are still usable, it doesn’t look too bad and I didn’t want to spend a whole bunch of time ripping out, altering and reattaching the pockets. So I’ll call it a win.

I also seam ripped the entire length of the inseams to alter the width of the legs. I was lucky – the legs were serged individually and I didn’t have to remove the serging while opening the seams, yay!

The arrows point at the new seam and at the spot where the old seam used to be. 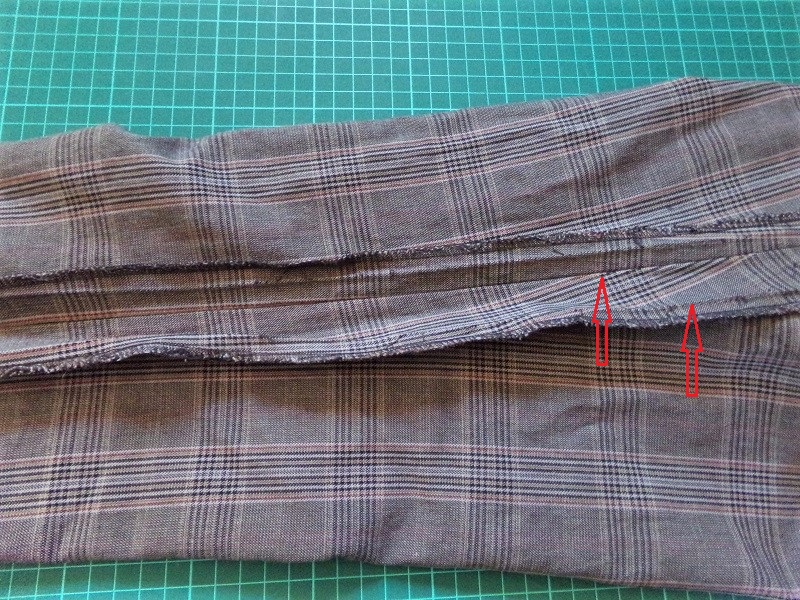 There was also the matter of the back pockets. Those had flaps which warped and creased and stuck out. It was something of a mystery, because there was also a button, but no buttonhole, so the button was hidden under the flap and not only had it no function, but it also wasn’t visible. 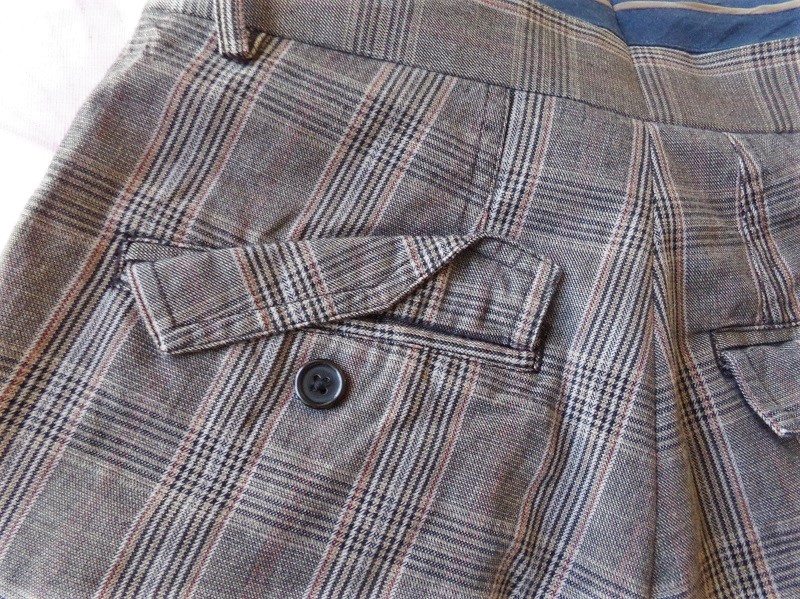 I debated sewing the buttons on the top of the flaps to fix them, but it would render the pocket not functional. In the end I got rid of the buttons and shoved the flaps into the pockets to get them out of sight. 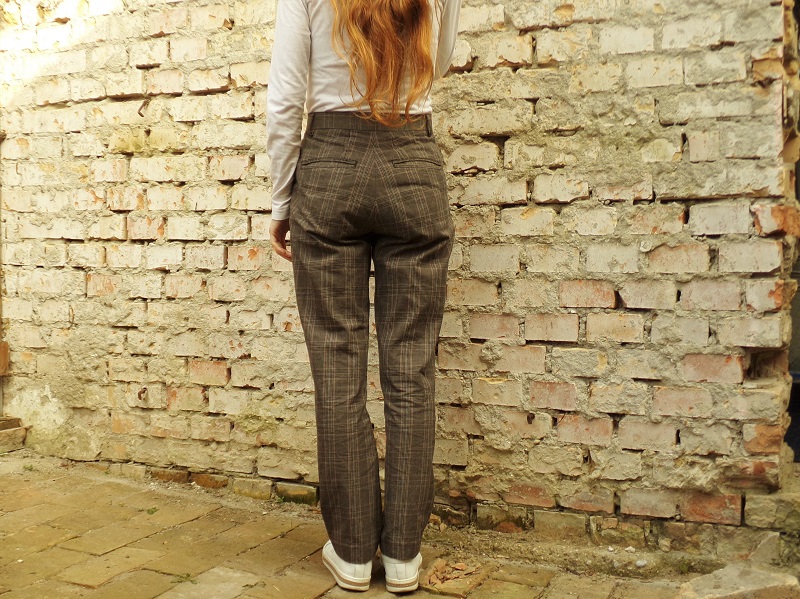 I reattached the belt loops and re-hemmed the pants and that was pretty much it. The process was really the same as with any women's trousers I altered. The fy closes from left to right, but I guess it matters little, because I discovered that many of my store-bought women's pants also close left-to-right. 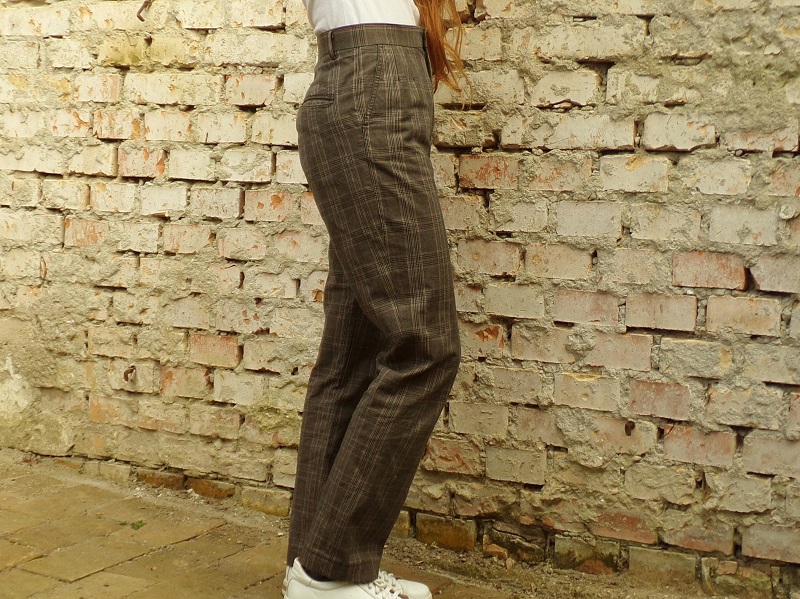 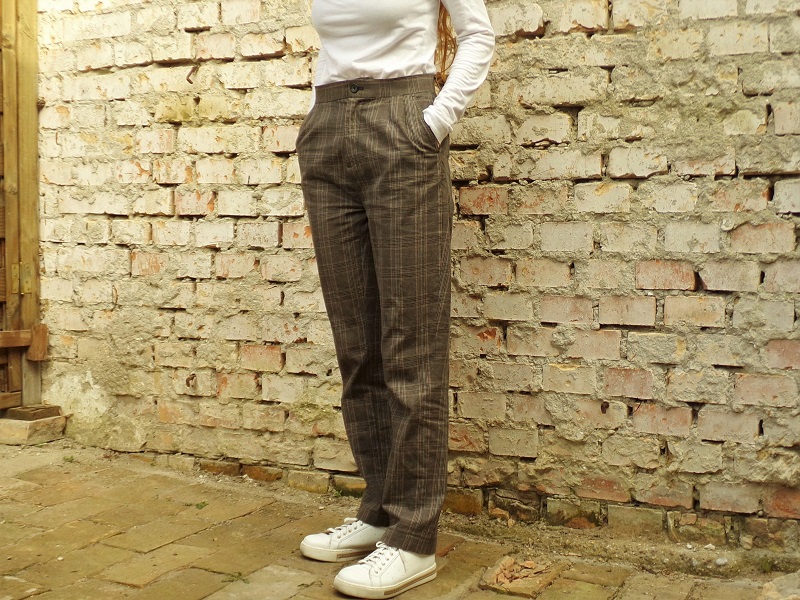