2021-04-22
For a long time I thought this somehow inferior for a respectable sewist and didn’t even like the look of random peaces of denim put together. And meanwhile there were all those old jeans my relatives donated to me, until it became apparent even to myself that recycling them is the logical thing to do. And if I stay clear of the craziest effects and highlights and don’t get too wild with the patchworking, the resulting item should be wearable.

The other reason why I avoided anything denim related was my conviction that it is not possible to sew jeans on a home sewing machine and trying to upcycle them would mean fighting all the flat seams and studs. So I decided on something fairly simple for now – a gored patchwork skirt.

I found one pair of jeans that fit my hips. It’s not a perfect fit, but it will do. Later I even went to great pains to feed some elastic band into the back half of the waistband. You can see where I removed and rejoined the topstitching. 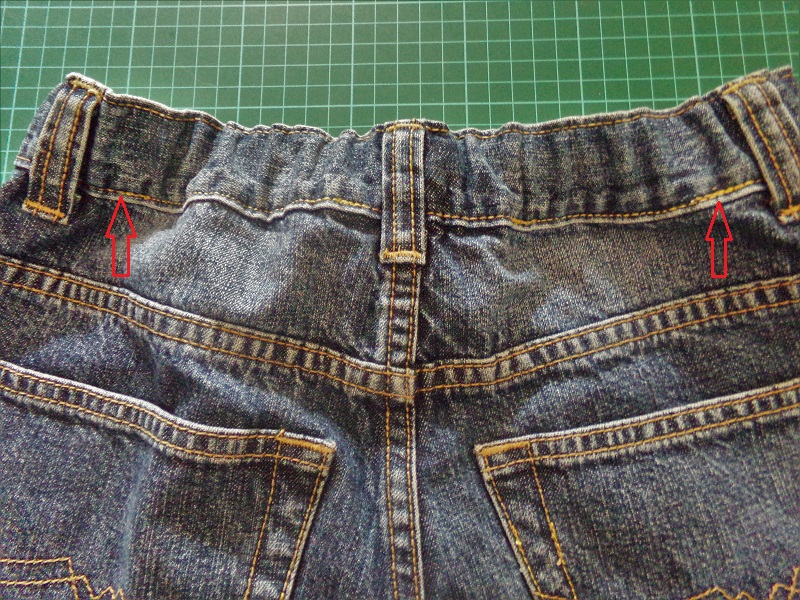 I cut off the jeans legs just above the crotch, preserving the fly. The back pockets reached too low so I detached the lower half temporarily and sewed it back on later, picking on the existing topstitching. 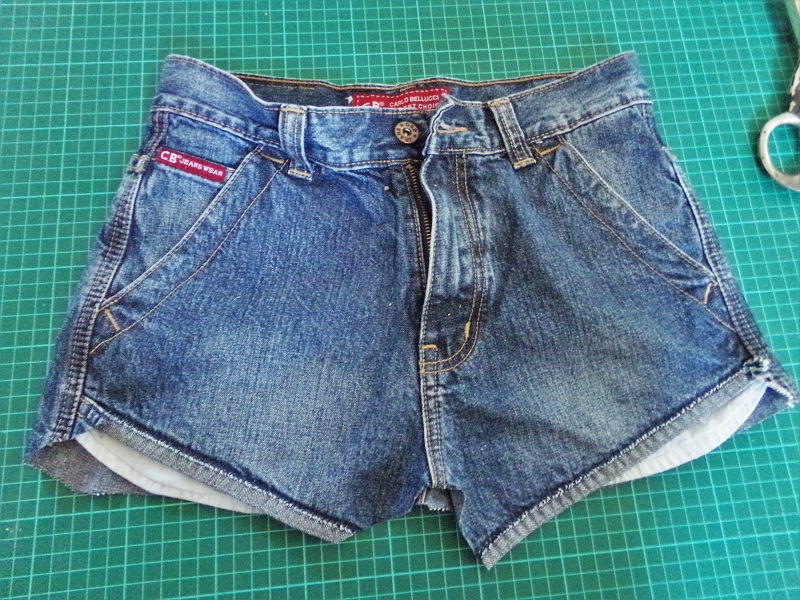 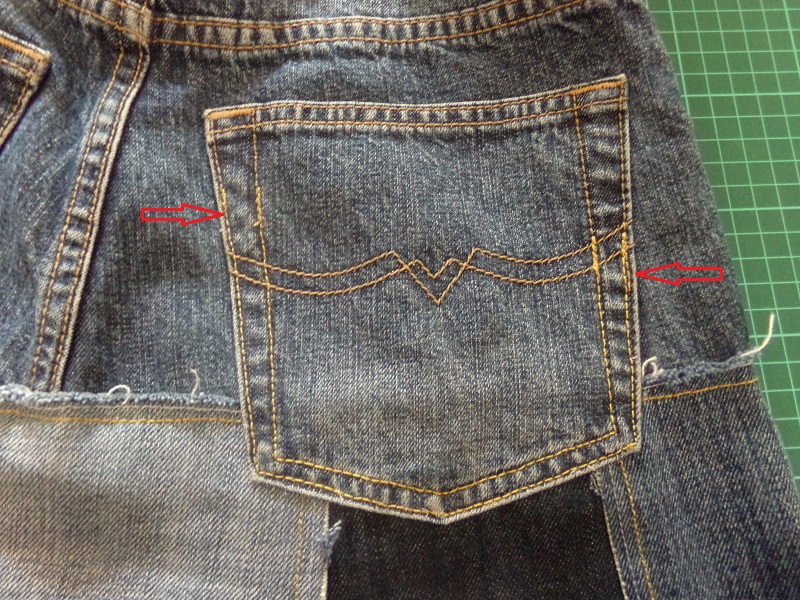 For the gores I used 3 kinds of jeans fabric recycled from various old jeans. 3 pieces of each gave me 9 gores. I tried out different variations and settled on the placement I liked most. 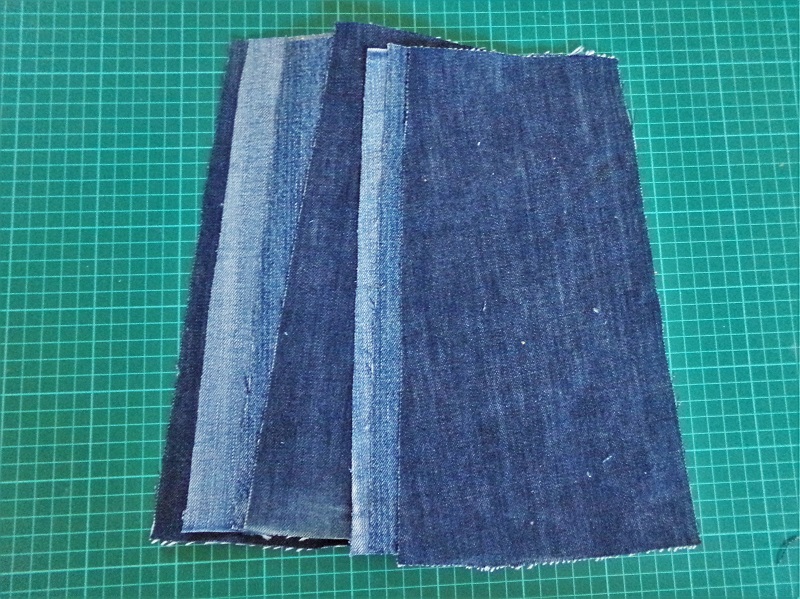 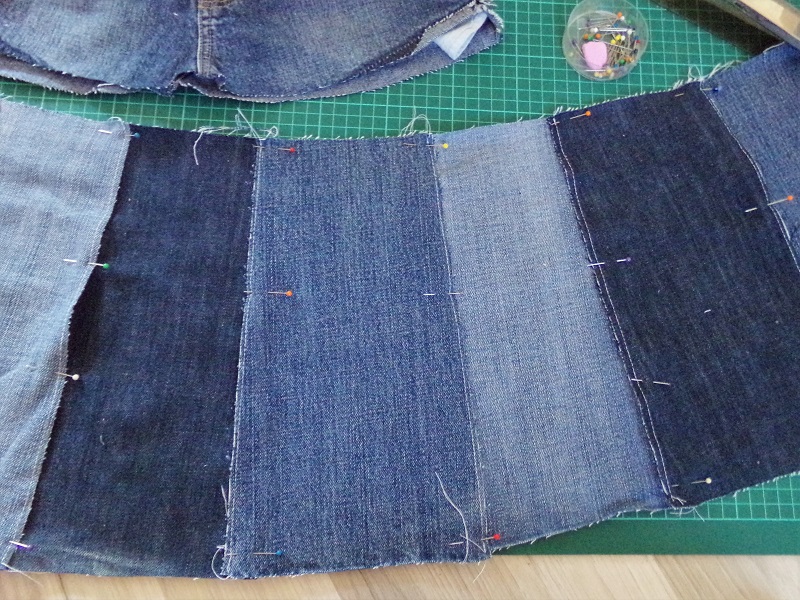 For the method I used to connect the gores together – I tried out a few things. I wanted to attach the gores by laying them flat on another, overlapping the edges. Of course I found out very quickly that if I don’t hem the edges, there is no way the stitching will last. Bud I didn’t want visible serging and I realized that I even like the frayed edges! (This path sure leads to patchwork denim hell...) In the end I stitched one less conspicuous seam with a simple white thread on the very edge to prevent further fraying, and another one using jeans thread next to it, holding the pieces together. 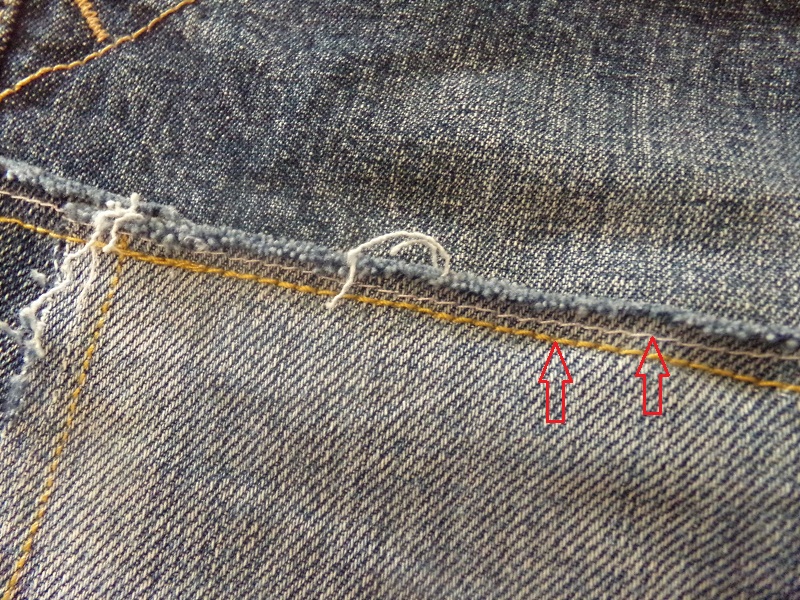 I also alternated between overlapping the gores on the right and wrong side, creating narrower and broader gores. I know you have no idea what the hell am I talking about and I hope the pictures explain it better.

The bottom edge is hemmed, not serged, allowing a little decorative fraying as well. 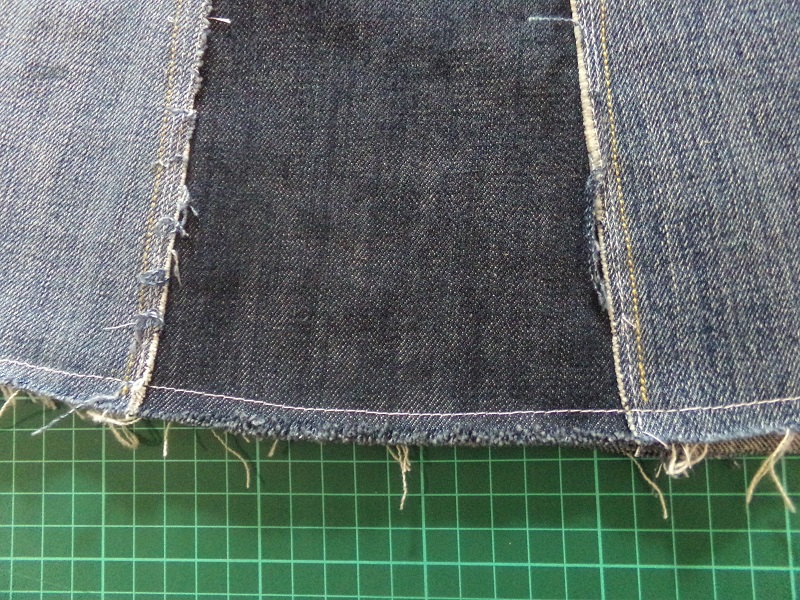 I intentionally didn’t center the gores, because at that time I thought it looked better random. Maybe it was silly, I don’t know? 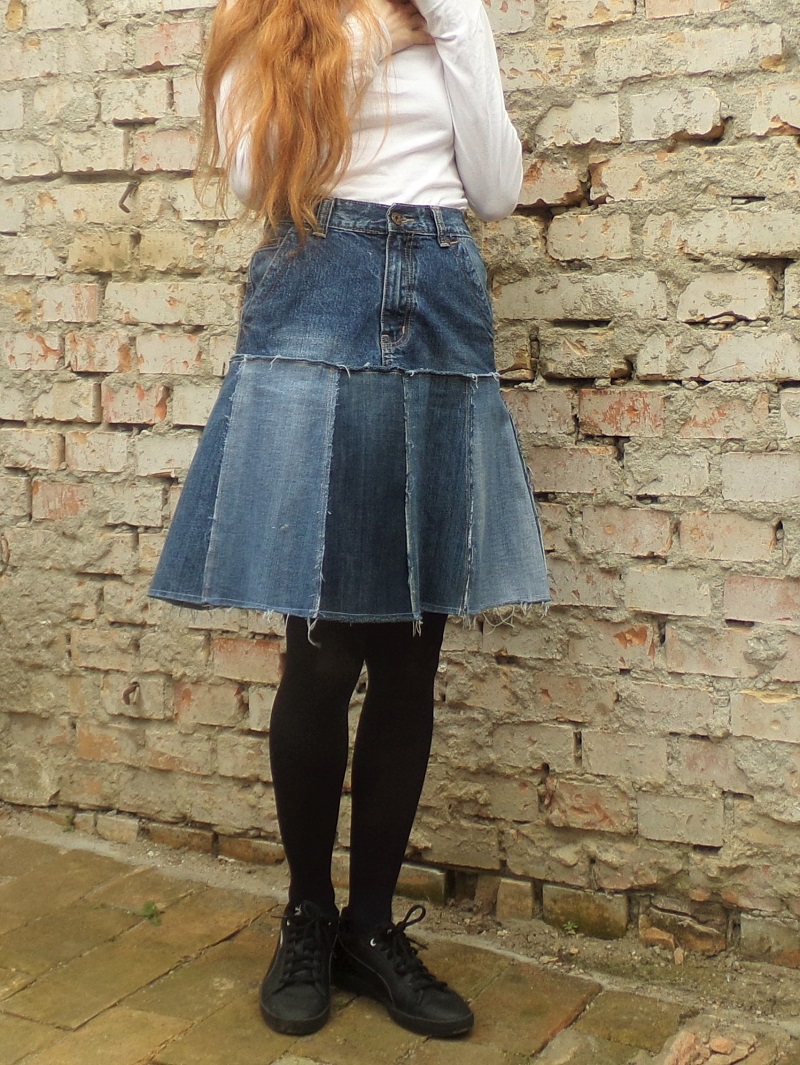 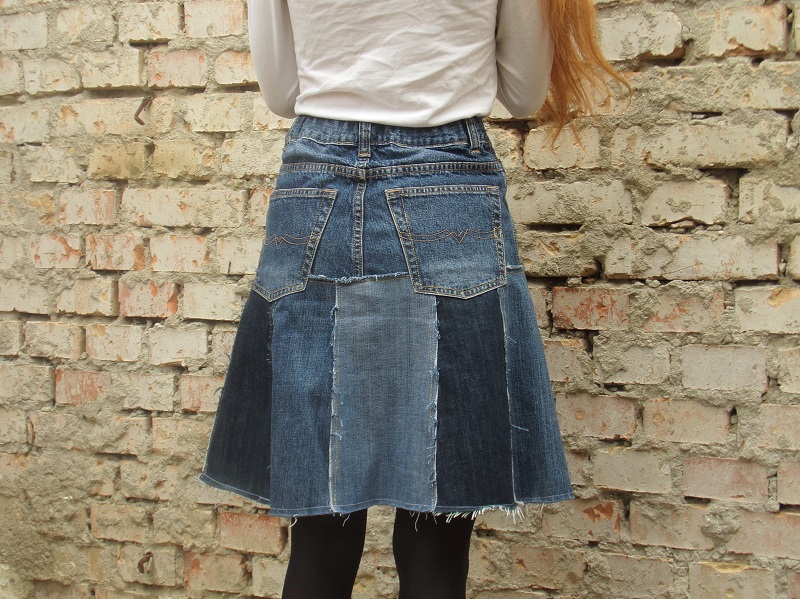 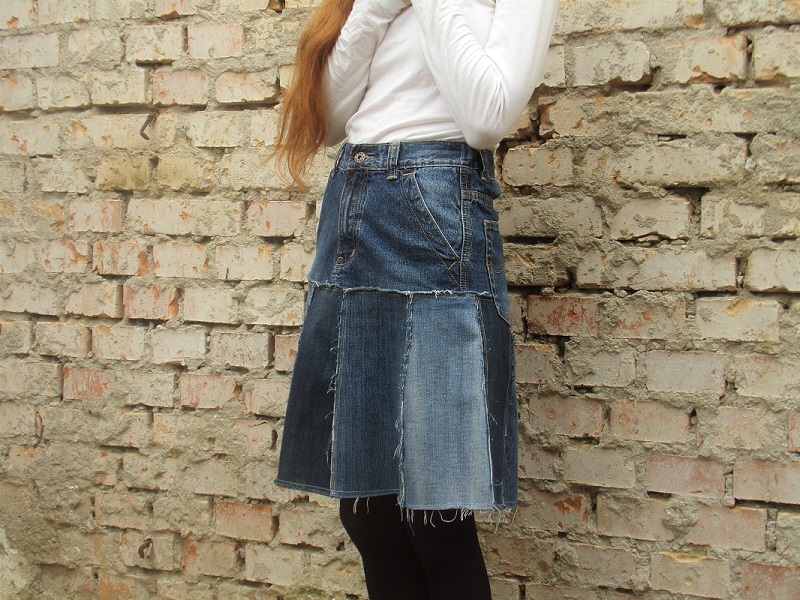 The skirt is on the edgier side, but to my own surprise I wear it quite often. It is very easy to style because there is no need for anything else than a white T-shirt, since the skirt alone provides enough eye-catching elements. Sewing denim also wasn’t as horrific as imagined, if you avoid feeding several layers at once to your poor sewing machine.

I admit that I grew to like the patchwork denim look and I might get to make another similar project.