2021-02-24
This project took some time because the pattern (this one) calls for a light yarn and 3 mm knitting needles, which alone means slow progress even if I didn’t end up reworking the piece considerably.

I used 8 skeins of Drops Baby Merino in olive color and if don’t get a grip on myself I will spend this whole paragraph raving about merino wool… but it’ so soft and warm and feels wonderfully on your skin. I swear it’s one of the best things ever to use for clothing!

Back to the knitting. The pattern instructions are very brief but sufficient. It was more or less a monotonous work so I didn’t even have the chance to make mistakes, haha. I simply spent some quality time watching series or listening to audiobooks while lending the other half of my attention to my knitting.

When I finished the pattern according to the instructions, I wasn’t entirely happy and decided to make alterations. Firstly, the rib knit contracted significantly (which is understandable when I think about it now) and I didn’t like the look of it very much. On the product pictures the pullover seams loose, but thanks to the ribbing it really shrinks and sticks to the body.

It also suddenly struck me as weird that the rib knit on the turtleneck and abdomen didn’t match the one on the chest and sleeves... I liked the appearance on the pictures well enough, but in real life it didn’t look as good as I’d hoped. So I changed that and repeated the same ribbing on the turtleneck and lower body on my second attempt. 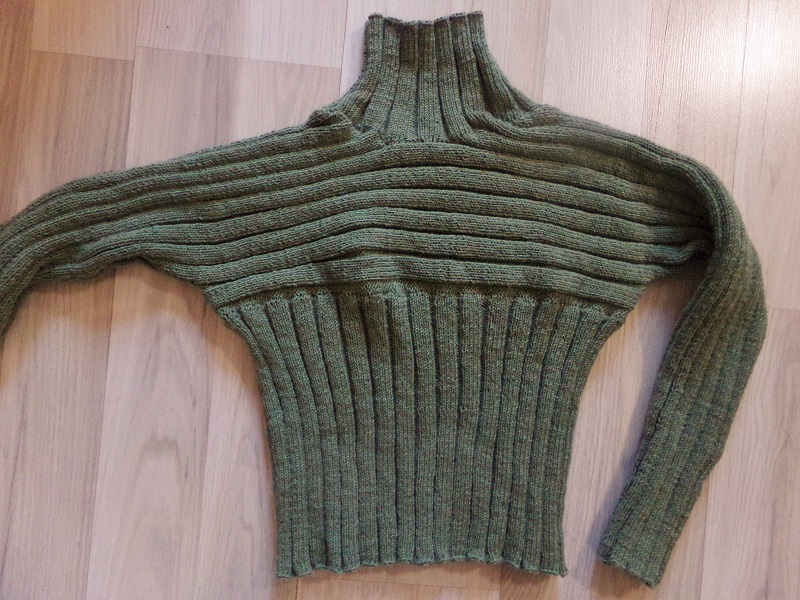 I shortened the turtleneck, because again, on the picture with the model it looks well but worn on a person, not so. It stuck awkwardly and was too short to roll down and too long to wear as a standing collar. I decided on the standing collar, added more stitches to make it wider and removed several rounds to make it shorter then it was before.

This is where the turtleneck joins the body. I didn’t try to center the ribbing and it looks a little bit lumpy, but still fine. 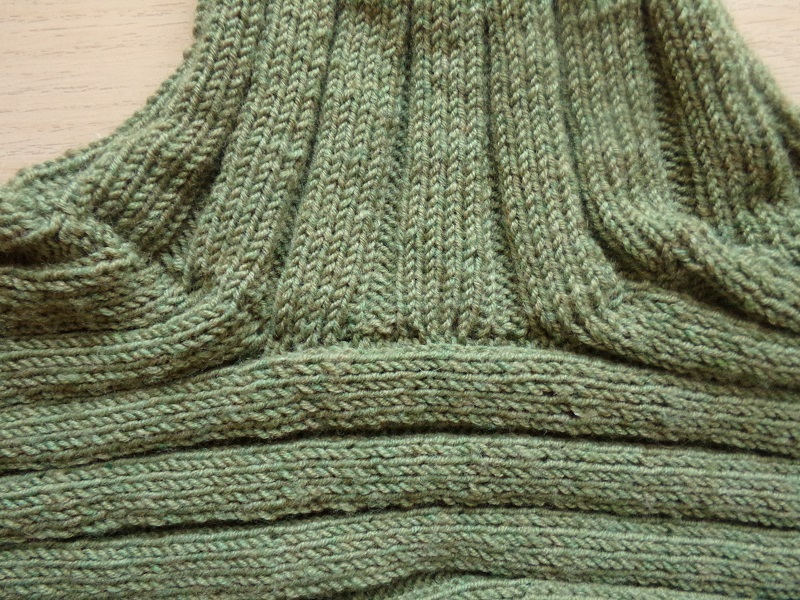 These stitches I picked up around the torso look a lot neater: 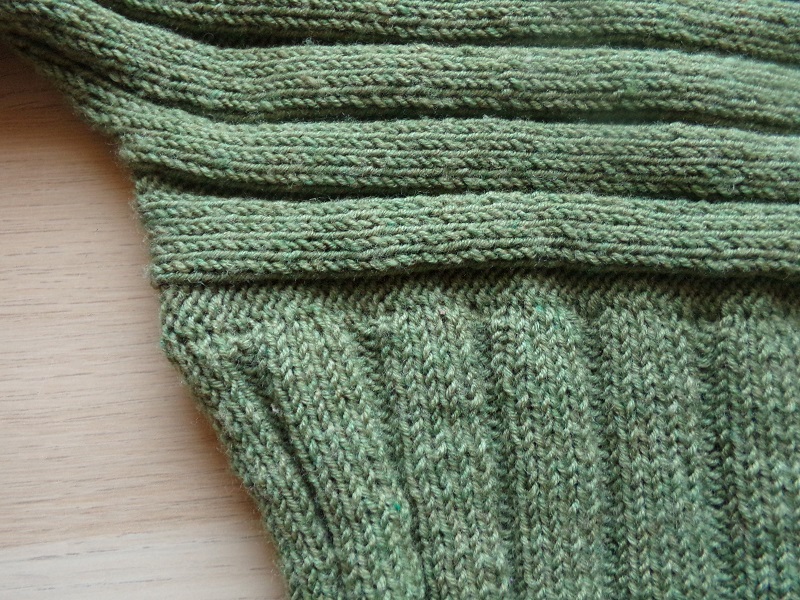 I knew since the beginning that I won’t be making the cuffs, I just preferred to have the sleeve’s hems plain. The sleeves turned out to be a bit short and I tried to join the hems with a couple more rows to make them longer, but the line was clearly visible and I opted rather for shorter sleeves. 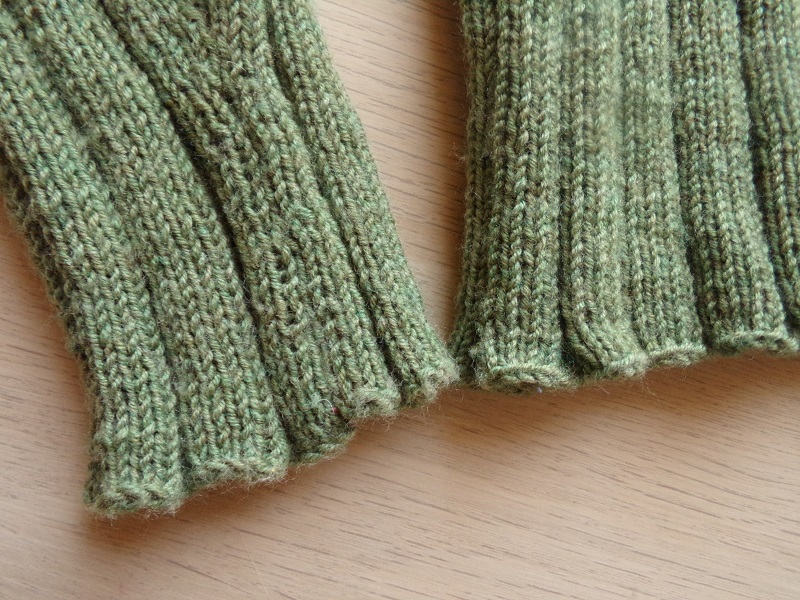 The mattress seam on the upper arm: 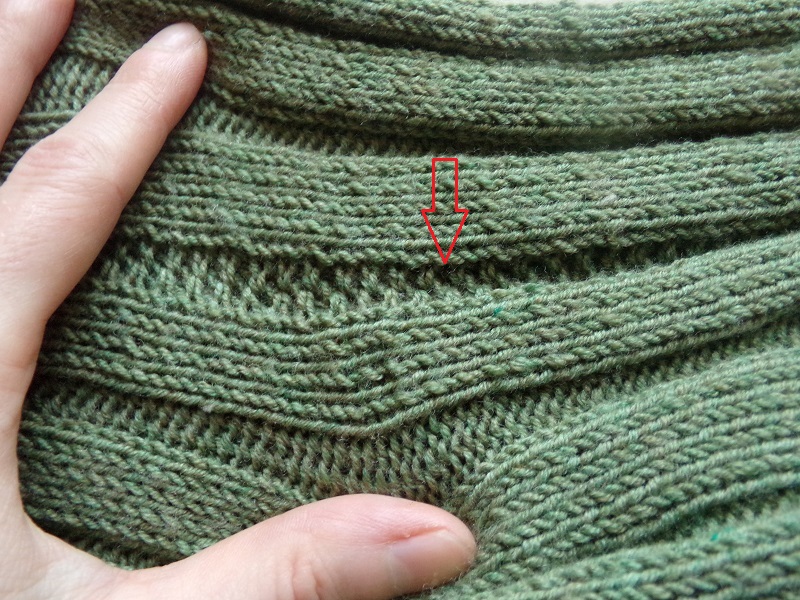 And the one on the under arm: 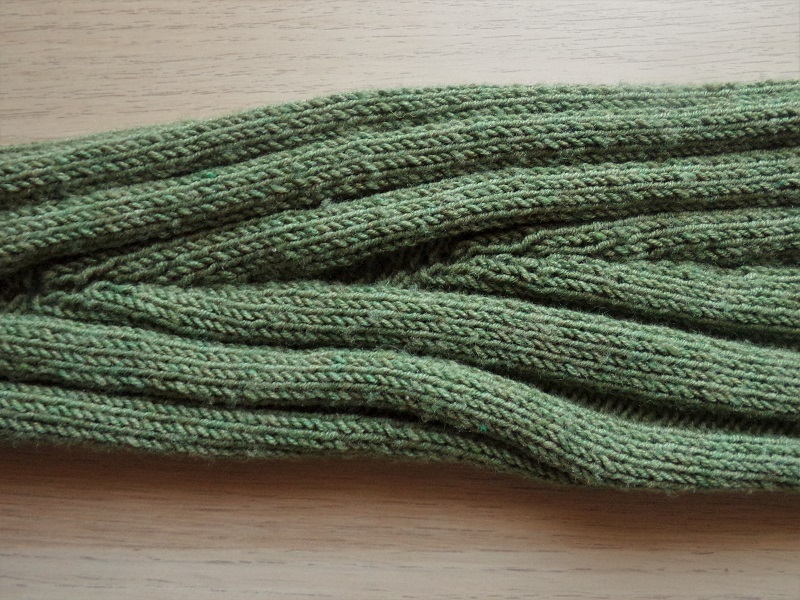 And finally the finished pullover worn: 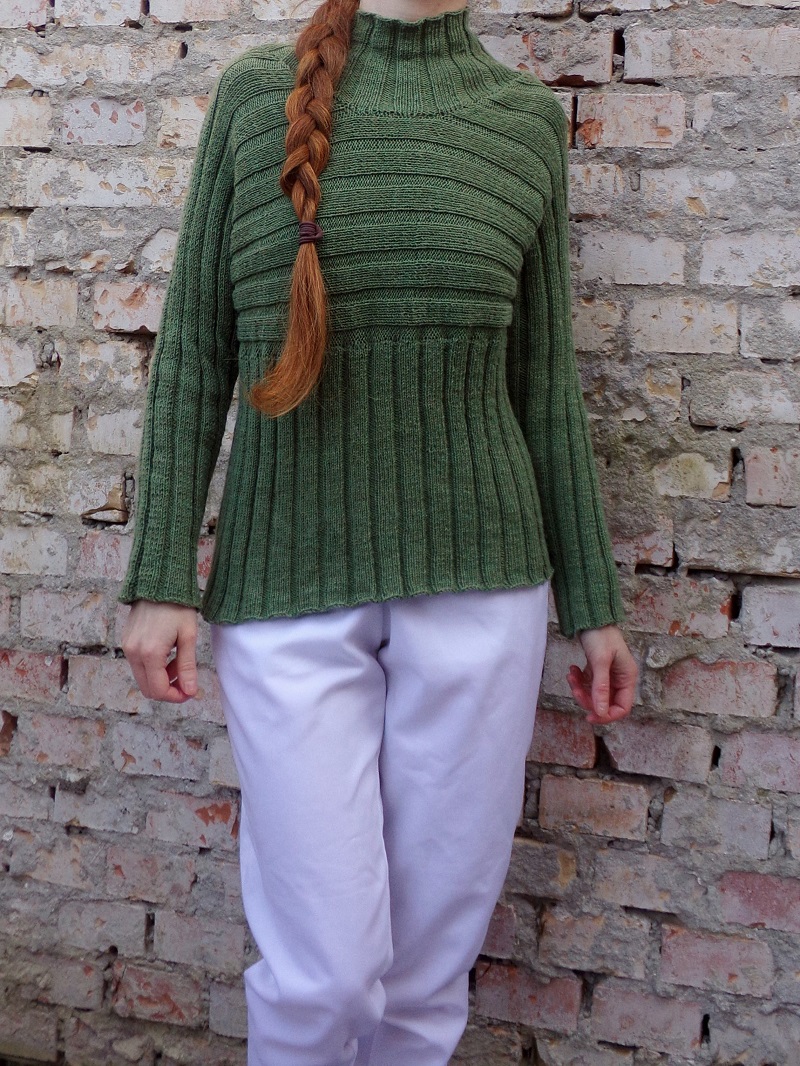 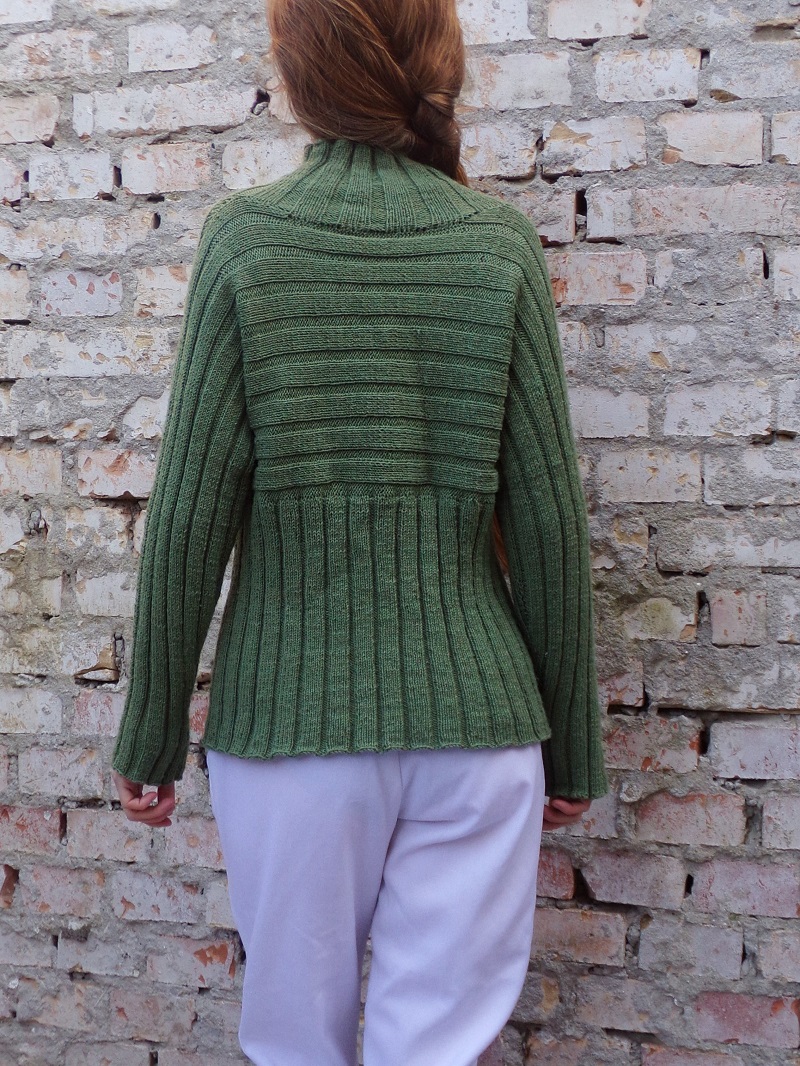 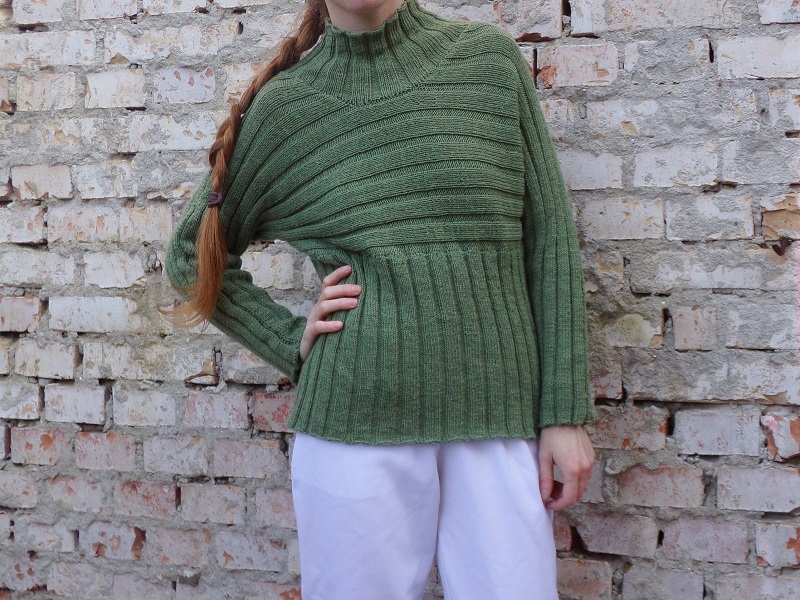 Here are some final thoughts: The whole piece is more fitted on me then on the model. Part of it might be the problem with the rib pattern I mentioned earlier (and it didn’t really improve with steaming), but I guess it is also a very small size. Too bad that the design didn’t look as good as expected from the pictures, but (after several major changes) I still managed to finish it to my moderate liking.